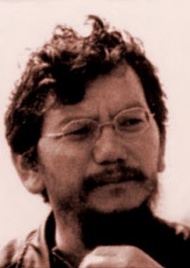 Hideaki Anno married mangaka Moyoko Anno on April 27, 2002. Anno has said to be an agnostic, though Japanese spiritualism is closer to his beliefs,[1] and has also said that he is a vegetarian.[2]

From here, Anno went on to become one of the co-founders of Gainax. Working as an animation director for their first feature-length film, Royal Space Force: The Wings of Honneamise, and ultimately became the premiere anime director, helming the majority of the studio's projects such as Gunbuster and Nadia: The Secret of Blue Water. However, his work on Nadia caused Anno to fall into a four-year depression due to a lack of creative freedom and stress.