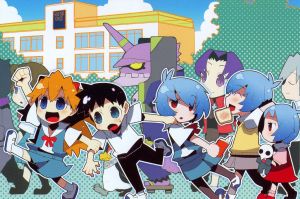 The cast of Petit Eva

Petit Eva: [email protected] (ぷちえゔぁ〜[email protected]〜) is a 4-koma school parody manga and CG animated Online Animation featuring the characters from Evangelion drawn in a super-deformed style. The manga, published by Kadokawa Shoten in Shonen Ace, is drawn by Ryūsuke Hamamoto and Maki Ozora and consists of 3 volumes, while the ONA features 24 3 minute long episodes directed by Shunichirō Miki and Hiroaki Sakurai. The manga ran from May 26, 2007 to September 26, 2009 and the ONA started in March 20, 2007.

The story takes place in Tokyo-3 and everyone, including human-sized versions of Evangelion Unit-01 (Evancho) and Jet Alone (J.A. Chan), attend junior high school. Misato is the teacher, while Gendo is the principal. All 3 versions of Rei Ayanami also appear in the series: the first is the youngest, the second is like the Rei II from the TV series, and the third is based on the alternate reality Rei from Episode 26.

The manga was illustrated by Ryusuke Hamamoto and Maki Ozora and was published by Kadokawa Shoten in Shōnen Ace magazine. 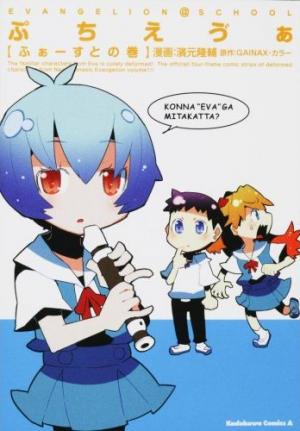 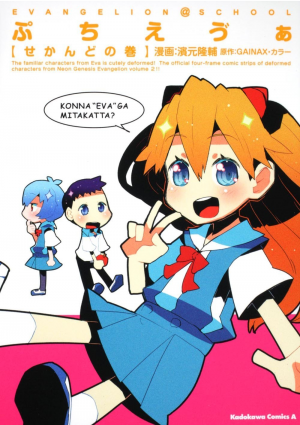 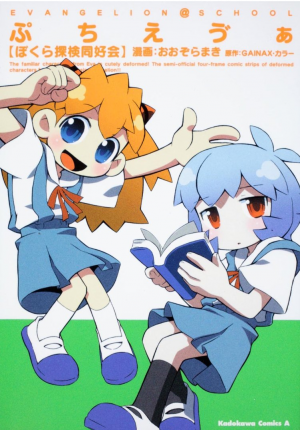 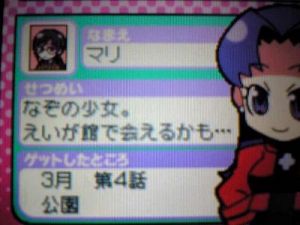 There is also a Nintendo DS game by Bandai which provided some character profiles, and was the first appearance of Mari's name.