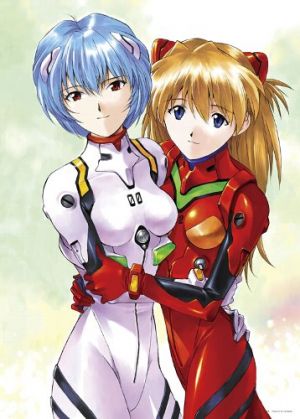 Broccoli Best Quality cover for the Playstation 2 version of the game.

Ayanami Raising Project is an Evangelion-based simulation-style video game released in 2001. The game revolves around a Second Lieutenant (San'i) who's ordered to bring up Rei Ayanami. This is done by devising a schedule for her each Sunday: choosing between daily school life, duties at Nerv, and special training that takes place at home. Supposedly spanning the course of an entire year, the events of the TV series happen in the background, and Angel battles are heavily scripted with minimal input from the player. One of the many different endings you can receive depends on how you raise or lower the various stats Rei has. 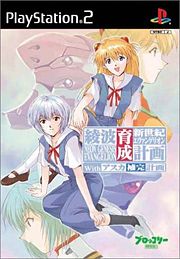 Original cover for the PS2 version of the game.

The Playstation 2 version of Ayanami Raising Project, released in 2003, also includes a version where you can raise Asuka Langley Soryu after unlocking certain events in Rei's scenario. The gameplay is basically the same as in Rei's story, with the exception of a few minor details. (For instance, you can't pick the type of wallpaper and such for Asuka's room because she's living with San'i. Rei, however, lives in her own apartment.) San'i's voice (provided by voice actor Kenichi Suzumura) isn't included in the Playstation 2 Version, whereas his voice is heard in previous versions (Windows and Dreamcast) of the game.

A Nintendo DS port of the Playstation 2 version was released on August 27, 2008. More information can be found [here] (Japanese) [and here].