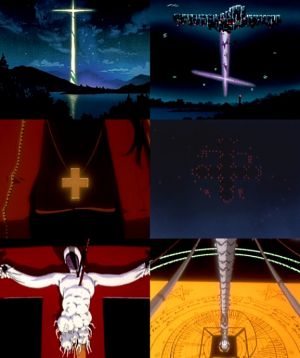 Examples of crosses in NGE.

The cross (十字架, juujika) is a symbolic religious reference frequently used in Neon Genesis Evangelion, though often particularly loosely. Many of the uses of crosses in the series don't actually have a particularly higher meaning or correlation to narrative events, beyond simply that someone is "sacrificed", etc. Also, many times things such as cross-shaped energy explosions are used, but these instances in particular don't really seem to have a higher meaning.

The creators themselves admitted using the emblems of Christianity simply because they "looked cool," according to Evangelion Assistant Director Kazuya Tsurumaki, who at the Otakon 2001 anime convention said:

"There are a lot of giant robot shows in Japan, and we did want our story to have a religious theme to help distinguish us. Because Christianity is an uncommon religion in Japan we thought it would be mysterious. None of the staff who worked on Eva are Christians. There is no actual Christian meaning to the show, we just thought the visual symbols of Christianity look cool. If we had known the show would get distributed in the US and Europe we might have rethought that choice."

There are 5 types of crosses used in Evangelion:

See image on right for examples of crosses from the show. 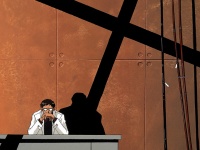 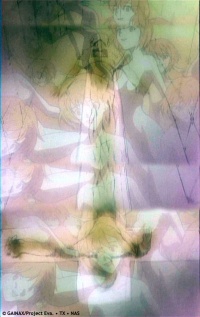 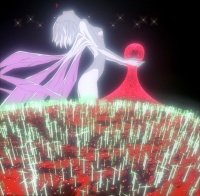