From EvaWiki
(Redirected from Pakistan)
Jump to: navigation, search 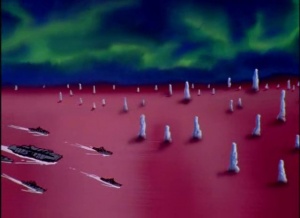 Germany was badly damaged, although it seems to have survived the events of Second Impact in fairly descent shape (possibly aided by its distance from Antarctica and relatively small coastal area) and is apparently one of the more powerful post-Impact nations.

Germany is one of the 7 countries that took part in the construction of the Mass Production model Evangelion series, constructing Eva Unit-05 and Eva Unit-06.

The United States of America seems to have survived in fairly descent shape and is one of the more powerful post-Impact nations. Nerv-01 and Nerv-02 are located in the United States.