Unlike it is sometimes assumed, the manga is in fact not the original version of the story, but instead it was created as a supplemental designed to promote the TV series and was continued thanks to the series' popularity. Sadamoto has also repeatedly stated that the manga is his own individual work and should never be used as a reference for anything in the anime or the Rebuilds.[1][2][3] Sadamoto has also stated he made the manga entirely on his own, without consulting anyone, in contrast to the anime's more collaborative production.[4] He has also denied links to the Rebuild movies.[5] 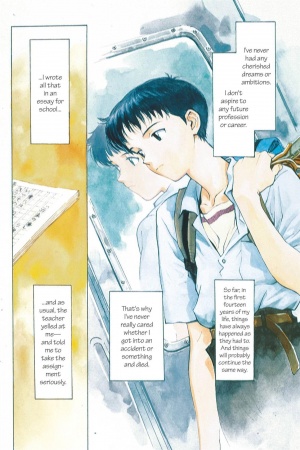 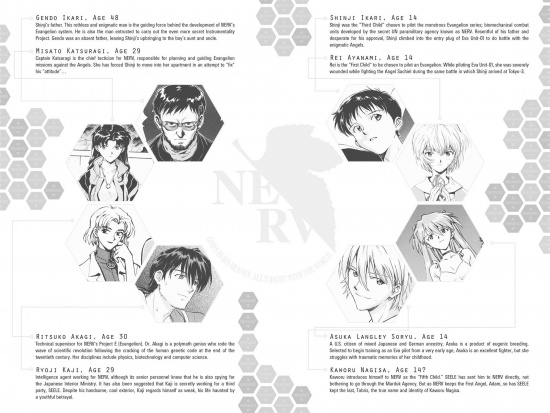 The manga ran from December 26 of 1994 to June 4 of 2013. The reason for this is that while ostensibly publishing one "stage" a month in Shōnen Ace, Sadamoto's actual publication schedule was irregular: for example, between the publication in Japan of volume 4 and volume 5, two years elapsed.[9] (Volume 5 consisted of stages 27–29, published in January, March, and May 1998, with a year-long hiatus,[10] then stages 30–33 were published between July/October 1999.) This would only get worse in the 2000s, with multiple years-long hiatuses. In 2016, Sadamoto said he just wanted to finish his involvement in the franchise.[11] Apparently, Sadamoto's authorship of the manga caused problems for Gainax as multiple publishers felt "that he was too passé to be bankable".[12]