Difference between revisions of "The End of Evangelion" - EvaWiki - An Evangelion Wiki - EvaGeeks.org

Difference between revisions of "The End of Evangelion" 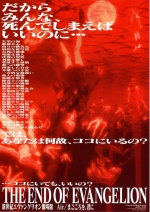 With the defeat of the final Angel, Gendo Ikari turns on the Seele organization, each of them wanting to initiate Third Impact under their own control. Through Seele's control of the United Nations, it orders a massive leave-no-survivors assault on Tokyo-3 by the JSSDF, who clear through the personal of NERV quickly and efficiently. Asuka, piloting Eva-02, is able to repulse the JSSDF, motivating Seele to deploy the nine Mass Production model Evangelions against Eva-02. After a titanic battle, Eva-02 is destroyed, killing Asuka. Meanwhile, Misato fights her way through the JSSDF's invasion of Nerv HQ to bring Shinji to Eva-01, dying moments after getting Shinji to safety. Rei merges with embryonic Adam and then Lilith, rejecting Gendo, and instigates Third Impact and Instrumentality using Eva-01, the Mass Production Evangelions, and the Spear of Longinus. After examining his life's meaning with Rei/Lilith, Shinji decides to reject Instrumentality, and return to the world even though that means being hurt. Some time later, Shinji wakes up on the beach of the Sea of LCL formed by Instrumentality, and finds Asuka alive next to him. 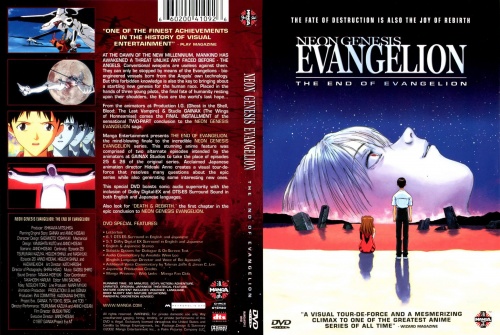