Difference between revisions of "Misato Katsuragi" 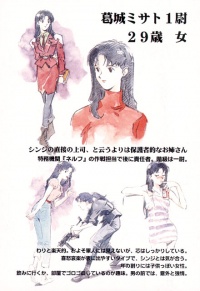 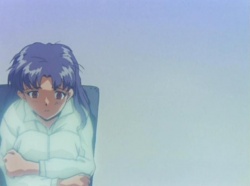 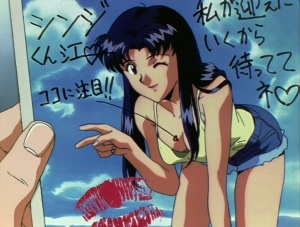 It is unknown why Misato was in Antarctica for Second Impact. One doesn't normally take one's daughter along on a classified and highly dangerous mission. Thus it has been speculated that perhaps she was intended to have some part in the experiment, especially as she is, at this time, approximately the same age as the pilots will be fifteen years later. However, there is no evidence presented in the show to support this theory. Also, Yui seemingly had no trouble bringing Shinji along for her Contact Experiment[11], so perhaps like her, Dr. Katsuragi wanted to show his child the "bright future".