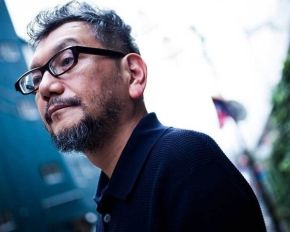 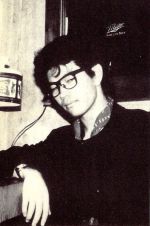 Born in May 22, 1960, Hideaki Anno graduated from Ube’s Fujiyama Municipal Junior High School. From an early age, he was captivated by a wide variety of manga, anime, tokusatsu (live-action monster / superhero films), war stories, and the like. He liked to draw, and in junior high school, he was a member of the school’s art club. In 1976, he entered to Yamaguchi Prefectural Ube High School. During his second year in high school, Anno used all his savings to buy an 8mm movie camera setup that he had wanted for a very long time. It was then that Anno became transfixed by the pleasure and allure of film production.[1]

Anno married mangaka Moyoko Anno on April 27, 2002. Anno has said to be an agnostic, though Japanese spiritualism is closer to his beliefs,[2] and has also said that he is a vegetarian,[3] although more recent manifestations imply that he has relaxed his habits.[4] 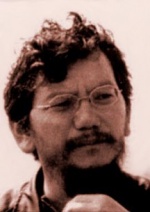 Anno in his old days

From here, Anno went on to become one of the co-founders of Gainax. Working as an animation director for their first feature-length film, Royal Space Force: The Wings of Honneamise, and ultimately became the premiere anime director, helming the majority of the studio's projects such as Gunbuster and Nadia: The Secret of Blue Water.

After Evangelion, Anno interspersed between animation and live-action productions. He made animes like Kare Kano (His and Her Circumstances), Re:Cutie Honey and movies like Love & Pop and Shiki-Jitsu (Ritual). However, his major project outside of Evangelion was the films with the prefix Shin in their title. Starting with Shin Godzilla and going through Shin Ultraman and Shin Kamen Rider. Shin Godzilla was a big domestic hit and won 7 out of 11 awards at 40th Japan Academy Film Prize, including Picture of the Year and Director of the Year (prize shared with his longtime friend Shinji Higuchi).