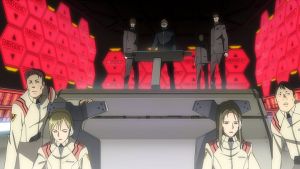 Bethany Base Command Center and crew

Bethany Base (ベタニアベース, Betania Bēsu) is a branch of Nerv dedicated to the study and containment of the Third Angel, located at the Old North Pole.[1]

The base is a joint operation between Europe and Russia[2], under the control of the EU's Third Branch[1], with operations announced in both English and Russian. The base itself is surrounded completely by water, and mostly contained within a submerged unit shaped like a giant chicken's egg (the smaller end pointing down).[3] The Command Center and its staff are housed within the Monitoring Command Ship Ural II,[3] on the outskirts of the base itself.

The base is designed to facilitate the movements of resident "seal-guarding" unit Eva-05, or vice versa. In place of umbilical cable, the Eva receives power from tracks in the ceiling via extensions on the shoulder pylons.

The walls of the facility are painted with numerous Seele's logos, implying that the organization exercise a certain control over the base, further supported by the logo also displayed on the Third Angel's "helmet".

Mari Makinami Illustrious and Ryoji Kaji are stationed at the base at the beginning of Eva 2.0.

The base is divided into sections with names taken from the Greek underworld and Dante Alighieri's Inferno, with the result that the 3rd Angel's attempted escape is likened to an escape from Hell itself.

This appears to refer to the large egg-like structure constituting the majority of the base. The corridors of Styx (see below) are indicated by their official full designations to be within the Limbo Area, and, when the Angel slices through the ceiling of the Styx Perimeter Loop and escapes the "egg", a Bethany Base operator announces, "The target has broken through Limbo Area! Now moving into Acheron!"

In Inferno, Limbo is the first circle of Hell, lying just beyond the river Acheron.

The Angel containment facility at the bottom of the "egg"[3], named for the the ninth and lowest circle of Hell in Inferno, a frozen lake where Satan in detained. Since the 3rd Angel was discovered in permafrost and subsequently captured, the Cocytus facility, in keeping with its namesake, probably kept the Angel in deep freeze. The 3rd Angel's dragon or snake-like design may accordingly be a nod to Satan.

Cocytus is not seen in the film. Background dialogue prior to the Angel's first on-screen appearance states, "The 3rd Angel has breached the Final Cocytus System."

Mentioned in background dialogue only. The system seems to constitute a series of obstacles intended to prevent the Angel from proceeding from Cocytus to the Styx Ring Shaft and then the Styx Main Shaft. It is activated in numbered pairs called Bolgia.

In Inferno, Malebolge is the eighth circle of Hell, a series of ten concentric circular ditches (each called a bolgia) surrounding Cocytus. 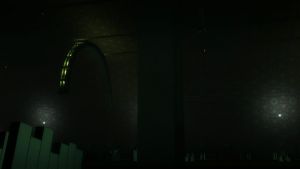 The Styx Shaft links the base from bottom to top and is outfitted for Eva-05's use. The Angel is said to enter the Styx Ring Shaft prior to moving into the Styx Main Shaft.

In Greek mythology, the Styx is the river separating Earth from the Underworld, and it circles the latter nine times. In Inferno, Styx is the fifth circle of Hell instead. 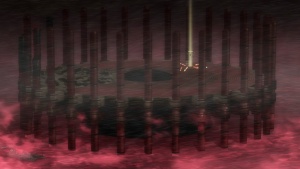 Probably refers to the base's pillar-lined rooftop section. One of the operators announces that the Angel is "moving into Acheron" as it levitates through the outer hull, and the earlier line "We cannot allow [the Angel] to escape from Acheron!" further suggests that Acheron is the final safeguard measure.

In Inferno, the Acheron is the river bordering Hell, across which souls are ferried.

"Bethany" (Beth anya) is taken from the name of a Biblical village in the New Testament.[4] Incidentally, it was home to a Mary (Maria, in Japanese) of Bethany, while Bethany Base is the location where we meet Mari.